Improving heat detection accuracy has long been recognised as extremely important and difficult. It’s important because creating pregnancies is vital to sustain production and to avoid the losses associated with empty cows. It’s difficult because visible oestrus, when mounting occurs, may only take place over a few seconds and is easily missed. Poor reproduction is the number one reason why cows leave the farm. It represents an enormous cost to the global dairy industry and has negative repercussions for its carbon footprint.

Failure to spot a heat results in extending a cow’s calving interval which means more time is spent at the late, low production stage of the lactation. Economic studies estimate losses of £5 or more every day conception is delayed beyond 100 days after calving. A financial loss like this can quickly stack up as each missed heat means waiting another 21 days before the possibility of making a pregnancy occur again. On average every spotted heat only results in a 50% chance of conception as not every service will be successful. Therefore, as each missed heat results in more and more delay in creating a new pregnancy, so will the cost. It’s estimated one missed heat costs over £200. Consequently, ensuring as many of them are detected as possible will always be a critical area to focus on and to invest time and money in.

Most cows will be in oestrus for 24 hours, although some for considerably less time. When in heat a cow is mounted an average of nine times for approximately three seconds per mount. This means you have just 27 seconds in a 24-hour period to detect a heat. It is the equivalent of searching for the proverbial needle in a haystack, a time swallowing surveillance exercise with no guarantee of getting it right. To make matters worse, recent research indicates that heats are shorter with lower intensity.

Fortunately, heat detection technologies including pedometers, collars and ear tags, have been developed and are being utilised as an alternative to the labour-intensive job of visual heat detection. There is now an enormous variety of detection aids and software systems available. The difficulty now lies in knowing which one will be best suited to your system.

Pedometers, collars and ear tags are all used to monitor increases in physical activity and generate data that software can interpret to indicate oestrus is taking place. Research has shown a great variation in the sensitivity, specificity and positive predictive values between the sensors. It has also shown that the position of the sensor can affect results. Collars, will, in some cases, combine activity and rumination data to identify heats. Ear tags look at jaw movement. Pedometers will find cows in oestrus by detecting changes in activity. They accurately monitor activity by measuring the number of steps taken and by giving detailed insights into cows lying times. All systems send alerts when the cow changes its behaviour, prompting you to make the breeding decision to serve the cow.

Collars measure activity through head movement making detection of standing or lying down difficult. Pedometers measure lying times more accurately. This data is useful as every extra hour spent lying down is shown to increase milk production by an extra 1.7kgs. It is also an indicator of a potential health and welfare change as cows are creatures of habit. Any change in behaviour is a signal that something isn’t normal with the animal.

By monitoring activity levels including cow restlessness, or the number of times an animal swaps from lying to standing, the pedometer can identify and provide an early indicator of several cow conditions including oestrus. Onset of calving can also be identified in dry cows by seeing an increase in activity and restlessness whilst increased lying time and prolonged periods of rest could be a sign of lameness, mastitis or a metabolic problem.

What are the benefits of installing a heat detection system?

If you are thinking of investing in any of these systems, it pays to do a thorough and proper comparison of the options available or to seek independent advice. As well as system accuracy consideration also needs to be given to back-up and service, reliability, and compatibility with other systems (e.g. recording software). 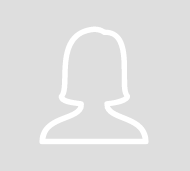 Making the most of the Countryside Stewardship Scheme

Building a stronger business: Lessons from the field

Face up to feed price hikes