We will have all read about the UK Government Retirement Scheme by now and its strategy to offer a lump sum retirement payment to farmers. Some details are clear, including:

Yet we still don’t know how it might play out and if it will help to achieve the stated goal of encouraging new entrants into the industry. The government timetable is to consult with the industry until the 11th August, and it will be several months before the final details are announced.

On the face of it, it sounds like an interesting opportunity and looks like there will be potential to drive far-reaching structural change in the industry. This will be spurred by the proposal that any farmer who takes the payment will have to rent, gift or sell their land to another party, and tenants would have to give up their tenancy.

But it’s important that the government carefully considers who will find value in this scheme and what it can truly offer farmers.

So, who might this be? On its own, the scheme is going to attract few people – it’s not likely to be of interest to larger commercial farmers.

Instead, it’s likely to appeal to the older generation who had planned in any case to pass their farm down to the next generation. It is important to remember the proposal is based on an almost complete (95%) disposal of the land being farmed.

If it’s included in a wider package with the sale of livestock and landlord’s compensation, however, it could also be an attractive proposition for those farms with no plans of succession.

It pays to be prepared

For those who do see opportunity, it will pay to be prepared and aware of the potential implications. Firstly, they need to do the maths. It’ll be complex and they’ll need to weigh up the amount of money they will receive against the amount of debt, and other financial commitments and options they have.

The basics of the finances are:

A 100-ha farm would receive a lump sum of £54,886 before tax, however the amount the farmer would have received if he claimed his direct payments instead is £62,900. Therefore, by not entering the scheme the farm would be £8,014 better off. However, we should say that the retirement funds are immediately available to utilise.

It’s also important to consider where the land will be going, and who to. If the government is going to achieve its aim of transferring land to the younger generation, then we suggest there is work to be done.

If a farmer is forced to sell or rent their land, then experience tells us that this will be sold to the highest bidder. Whether that be a well-established farm business with a strong balance sheet, or a non-farming investor looking to add farmland to an investment portfolio. In either of these cases, the land is unlikely to end up in the hands of the next generation.

And what about the effect on the land market? Could a sudden rush for the exit door make the orderly marketing of farmland more difficult and create a short-term imbalance in the supply/demand dynamic?

We do think this is highly unlikely as the amount of land is expected to be relatively small and the farmland market is well supported by farmers wishing to expand, and individuals looking to a safe investment haven.

We suspect the most baffling element of the proposals will apply to farm businesses already in a partnership or a limited company structure, involving a mix of individuals who want to retire and who want to continue to farm. Until the government sets out more detailed guidance on what rules will apply in these circumstances, it is difficult to imagine who will or won’t qualify for the payments. The only advice we can give today is that it makes sense to delay bringing your son or daughter into your business until the proposals are firmed up.

Lastly, but critically, we should consider tax. This is one of the key aspects of the scheme that has yet to be decided, with Defra currently in discussions with HMRC. If the retirement payment is subject to income tax it would be taxed at the marginal rate, unless it is possible to offset it with rolled-up losses. If the scheme requires applications to sell land, then this would lead to capital gains tax implications.

We can’t ignore that there are possibilities here and the government’s plan to drive structural change does not lack ambition. It is a once in a generation opportunity to bring a new era of farmers into a fast-moving industry. However, the potential for market failure does exist and safeguards should be considered to ensure that the transition is smooth.

If you’d like to learn more about the Government Retirement Scheme or need support with succession planning, get in touch. Our Farm Consultancy Team will be able to guide you on the best option for you and your farm business. 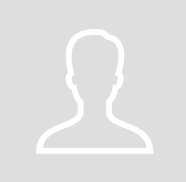 Why there is an ‘energy crisis’ and what does that mean for your farm business?

How to make the best use of this year’s silage

Minimising the impact of a changing farming horizon on your business